I’m trying out my first NaNoWriMo (National Novel Writing Month), which typically challenges new, would-be authors to write a complete first draft of a novel that’s 50,000 words long in the 30 days of November.

Ever since I heard of NaNo, I’ve had excuses:

This year felt right, even though I’m bending the “rules” to write draft “3” of a novel. I’m in a word-production mode, and I need to get them out fast. 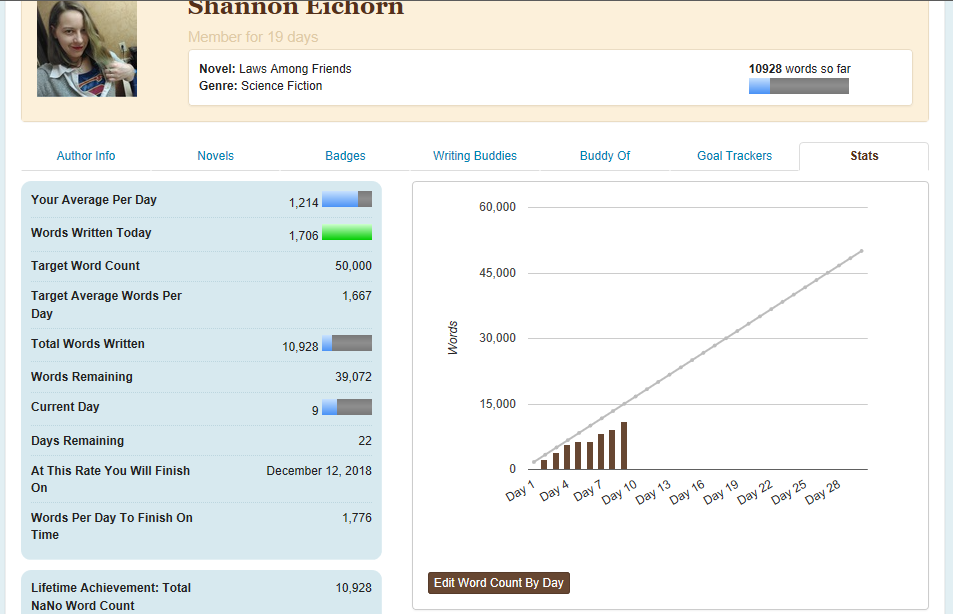 As you can see, I’m not making the NaNo count everyday, but I’m making a lot of progress a lot faster than I ever have. That’s worth celebrating.

Then again, I’m targeting Laws Among Friends to be 100k, right about as long as Rights of Use. Since the NaNo goal is 50k, I needed to set a higher goal for the book I actually plan to finish. Here’s me also not keeping track with the much lighter goal. And with a head start when I pregamed November. 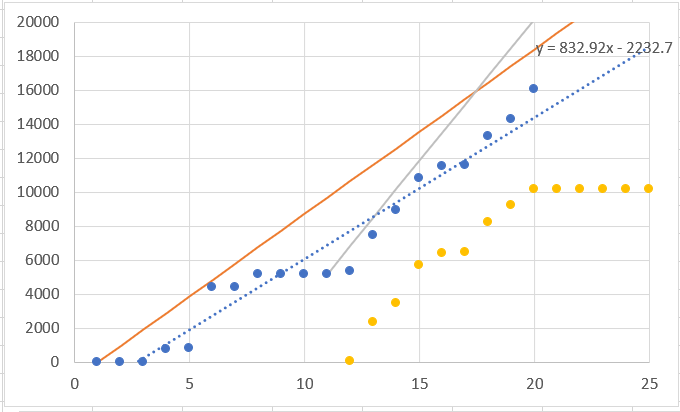 But, as you can see on that last graph, I’m getting close to back on track for the long goal. This one estimates when I’ll cross over to meet the long goal by almost meeting the NaNo goal. 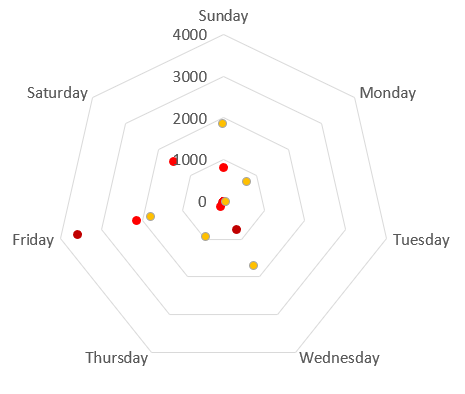 I think we all have an intuitive understanding of what days of the week just don’t work, but I wanted to see it. Especially because I have no justification for Thursdays or Mondays.

But this is the one I work off of. This is the one that uses real data and tells me whether I’m in danger of not hitting the total word count–or going over. The two-digit scene numbers are the ones that got added in the writing that weren’t planned: 4 of 10 so far–which is statistically huge. You can also see that the latest cumulative average word count per scene is in between the word counts needed for 90k and 100k–which is right where I need it to be.

Of course, that assumes that no more scenes get added and the average word count stays about the same. Both are bad assumptions, but this was a reasonably helpful tool during the last few revisions of Rights of Use, especially when Cleveland Writers Press asked for an extra 50% length in 3 months.

The last graph below shows why the “word count is the same” assumption is pretty bad. As you can see, scenes in Rights of Use (as of July 2017) were all over the place, anywhere from 65 words to 4,700 words. The cumulative average was highly influence by the beginning (as cumulative averages always are) and outliers (…what a surprise…), but this was the data (and motivation) I needed to make sure I hit the 95k – 110k range I was given.

Obviously, it didn’t make me structure my scenes consistently or any such nonsense, but it did encourage me to be more descriptive. Believe it or not, that’s what the book needed, going from draft 10 to draft 11. 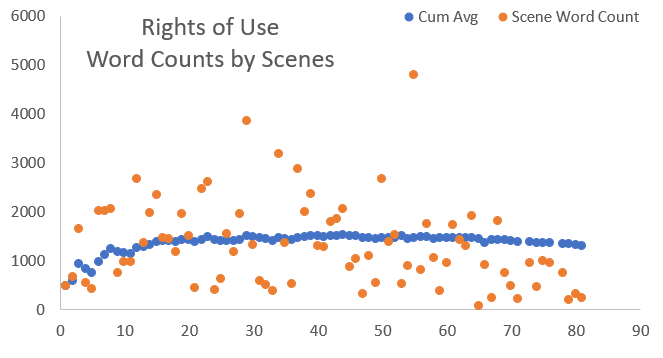 I know I waste a lot of time on graphs, but believe it or not, this really motivates me. I’ve gotten much done because of it.

Now, back to the draft… I have another implantation to write.

Shannon Eichorn is a scifi writer and aerospace engineer. She lives in the Cleveland area with her domesticated mad rocket scientist and can be followed at @ShannonEichorn on Twitter, AuthorShannonEichorn on Facebook, and www.shannoneichorn.com. View all posts by Shannon